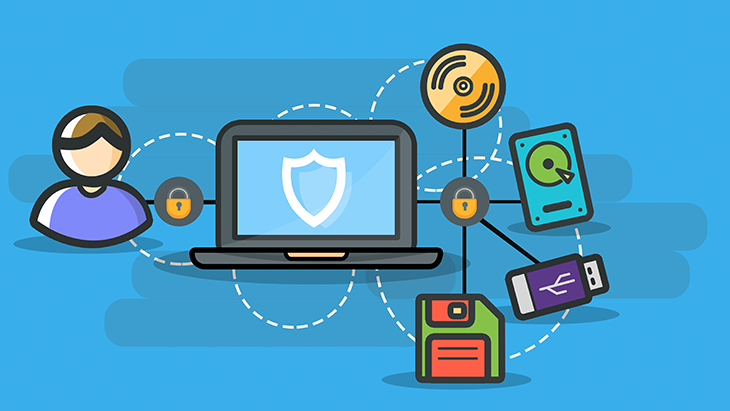 YOU ARE SAFE WHEN YOU MAKE THE BEST USE OF REMOVABLE MEDIA:

Removable media has been a staple of modern-day computing for decades. Removable media is very easily lost, which could result in the compromise of large volumes of sensitive information stored on it. It is more important than ever to make sure removable media is used in a safe and protected way.

What is Removable Media?

There are two main uses of removable media:

The use of removable media has been increasing every day due to the features it offers. However, as the use of these devices is increased, the risk is also proliferated. The features that have once been useful, are now being used to exploit devices. The failure of validating these features can be used against their use.

Using removable media, like a flash drive, can be dangerous within an organization because the malware is able to bypass the security solution deployed at an organization’s network perimeter. If the use of removable media is absolutely necessary, the best way to prevent data loss is to only plug trusted sources of removable media into your computer. Ensuring anti-malware and anti-virus software have been installed, run, and updated regularly on all connected machines can prevent attacks.

Since removable media and devices are an integral part of today’s society, it is important that all users and top executives within an organization understand what they can do to protect themselves and the organization from malware and viruses.